The store will not work correctly in the case when cookies are disabled.

Be the first to review this product
Advanced graphing functionality. The TI-Nspire CX handheld is a robust, hands-on learning tool that satisfies math and science curriculum needs from middle school through college.
Special Price AED761.25 27% off Regular Price AED1,048.95
In stock
SKU
317044081499
Skip to the end of the images gallery 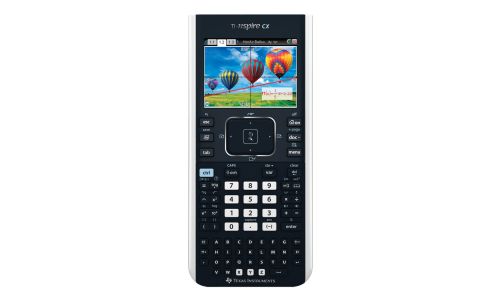 Skip to the beginning of the images gallery
Details

Plot and explore functions, equations and inequalities, animate points on objects and graphs, use sliders to explain their behavior and more.

Perform mathematical operations on data and visualize the connections between the data and their plots.

Enter notes, steps, instructions and other comments on the screen alongside the math.

Reviews
Write Your Own Review
Join Our Newsletter Now. Get up to 40% off Exclusive Deals!
© 2022 OfficeRock.com. All rights reserved.